Introduction to the Mole 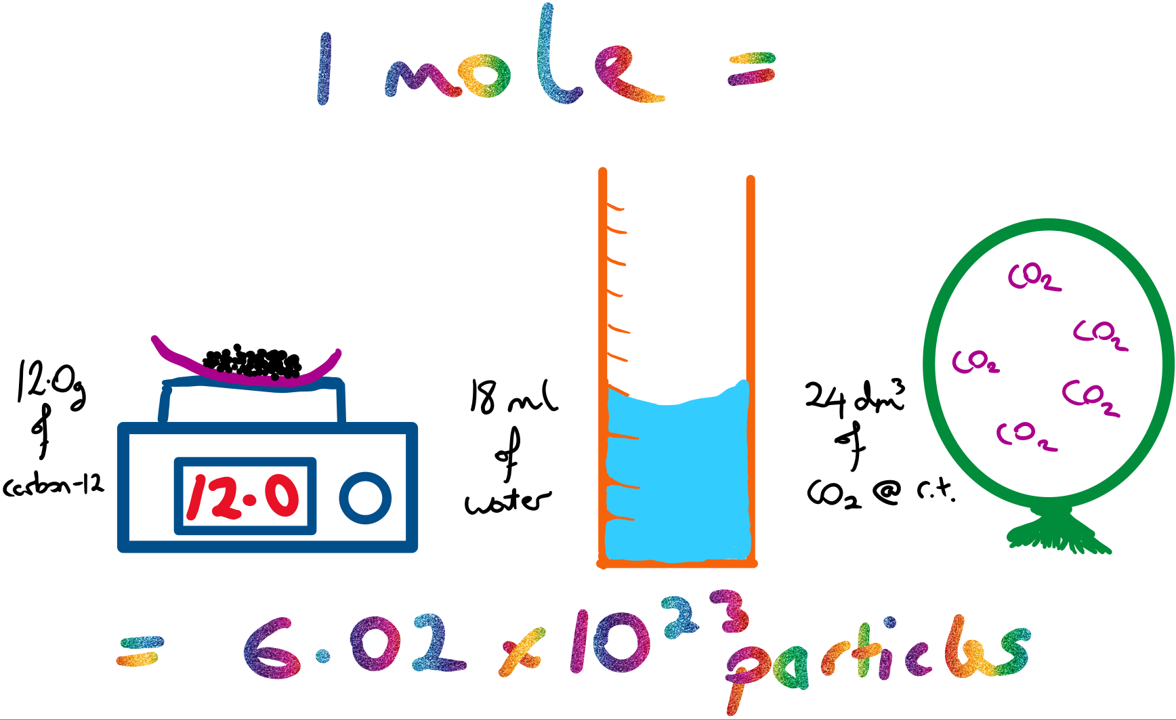 A mole is a unit that refers to a specific amount of a chemical substance. One mole (1 mol) is the amount of a substance that contain

particles (either atoms, molecules or formulae) of the substance. e.g. in 1 mol of water there are

water molecules, in 1 mol of helium there are

Ar & Mr are the symbols of RAM and RFM respectfully.

The mass of one mole of atoms/molecules is the RAM/RFM expressed in grams.