There are 4 types of carbonyl that are examined in L.C. chemistry; aldehydes, ketones, carboxylic acids & esters. 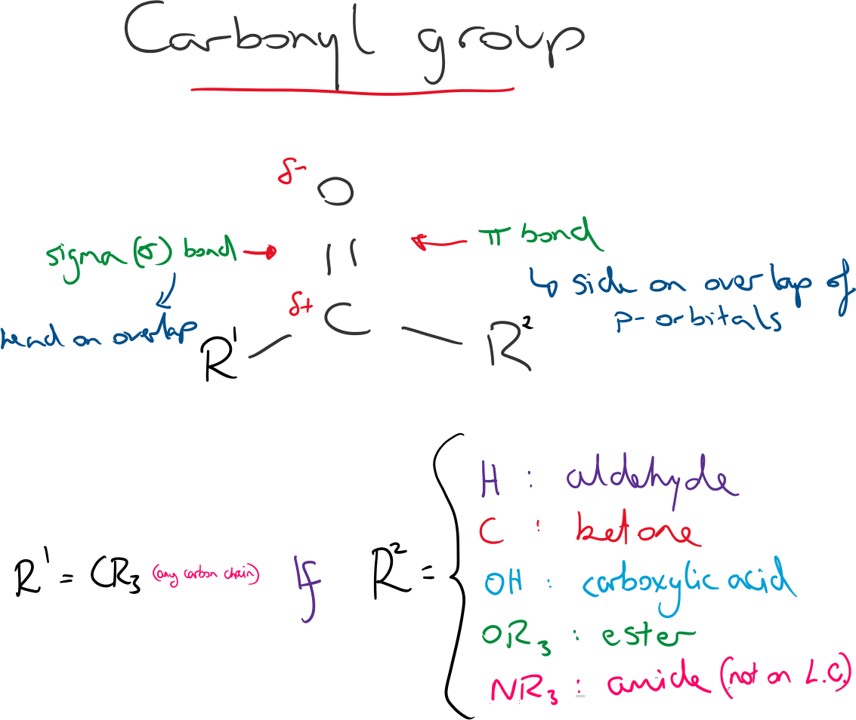 The R-CHO functional group (as opposed to R-COH which represents alcohols) is what makes something an aldehyde. As there is a carbonyl bonded to a hydrogen atom, they must occur at the end of a carbon chain.

As they do not have a suitably electron deficient hydrogen atom, they do not form hydrogen bonds between their molecules. As a result they have relatively low boiling points.

The lone pair on the oxygen atom allows them to form hydrogen bonds to water molecules and so small chain aldehydes are soluble in water.  As with ketones, they can be reduced to alcohols using sodium borohydride.

Ketones are much like aldehydes but the carbonyl group is 'internal' and not on the end of a carbon chain. Hence the smallest ketone is propanone (3 carbon atoms). That and butanone are the only ones on the LC course. Their physical properties and chemical reactions are similar to aldehydes. 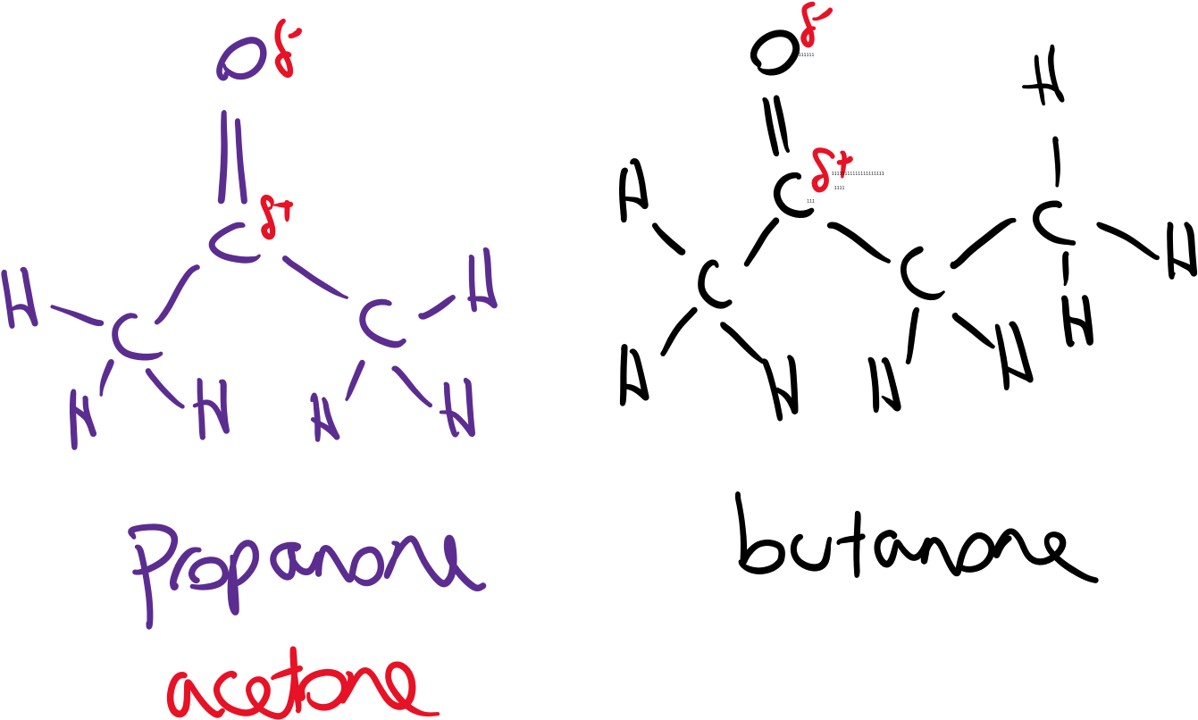 The generic formula for this class of compounds is R-COOH. All standard acids (not counting lewis acids) provide a source of H+ ions in solution and these are no different. They are weak acids which mean that they don't fully dissociate when in water, only partially dissociate into its ions:

Carboxylic acids have high melting and boiling points and are soluble in polar solvents like water. They can form hydrogen bonds between like molecules and also with water.

As they are acids they will react in the same way as standard acids, although not with the same intensity becausethey are weak acids. e.g. Ethanoic acid reacts with sodium hydroxide to form its salt (sodium ethanoate) and water.

Under acidic conditions (strong acid) they react with alcohols to form esters.

They have a pleasant smell and are used in perfumes. They have a low boiling point - they cannot form H-bonds with each other but they can with water and so small chain esters are relatively soluble in water.

There are two parts to their name, the first always comes from the alkyl part of the alcohol and the second comes from the carboxylic acid used to make them.